Betelgeuse, the red supergiant star that forms the left shoulder of Orion, has been in the news again recently. New research has shown that the dramatic dimming of the star’s light that might have heralded an imminent supernova as its core collapsed, was in fact simply due to a clump of dust partially blocking our view.

Betelgeuse is somewhere between 10 and 20 times the mass of our sun and, if located at the centre of our Solar System, its surface would reach out almost to the orbit of Jupiter. At a mere 725 light-years, it’s also quite close to Earth.

The last supernova seen by the naked eye happened in 1604

Stars shine because of the energy being released by nuclear fusion in their cores. When a massive star reaches its red supergiant phase (nearing the end of life), we know that the energy available from fusion has almost run out. When this happens, the abrupt loss of energy generation will remove the internal pressure which has been holding the star up against its own gravity. This sudden pressure drop then leads to a massive explosion, so bright that it would rival the moon, and would be easily visible to us, even in the daytime.

While we expect this to happen to Betelgeuse in the next 10,000 years, the last such supernova seen by the naked eye happened in 1604, before the invention of the telescope.

A thorough understanding of supernovae is still lacking. We can input all of our physics knowledge into a computer program to try to model the evolution of a red supergiant through its collapse and explosion. But even on the most powerful computers, such simulations are unable to reproduce many aspects of supernovae as seen in other galaxies.

CERN, the European Organization for Nuclear Research, famous for the discovery of the Higgs boson at the Large Hadron Collider, hosts several other facilities. At one of these, researchers at the University of Edinburgh are leading experiments to improve our understanding of the key nuclear reactions that take place in the final stages of the supernova. Colleagues at the Paul Scherrer Institute, Switzerland, will extract about a milligram of a particular isotope from radioactive waste. This is then implanted into an oven at CERN which, upon heating, evaporates to form the source for a particle beam that is then accelerated to about 7% the speed of light, and fired at a helium-filled gas cell. The nuclear reactions between the beam and the helium are measured, by what are effectively advanced digital cameras, and with each, one at a time, we learn about the mysterious supernova.

Since it seems that we may have to wait a few more years to see a supernova up close and personal in our own galaxy, research such as this is essential if we are to advance our scientific understanding of one of Nature’s greatest wonders. It’s one of many such examples that demonstrate that in science, as in so many areas, continued international collaboration is our best hope.

Alex Murphy FRSE is a Fellow of the Royal Society of Edinburgh, and Professor of Nuclear and Particle Astrophysics at the University of Edinburgh.

This article originally featured in The Scotsman.

The RSE’s Fellows’ Blog series offers personal views from our Fellows on a variety of issues. These views are not those of the RSE and are intended to offer different perspectives on a range of current issues. 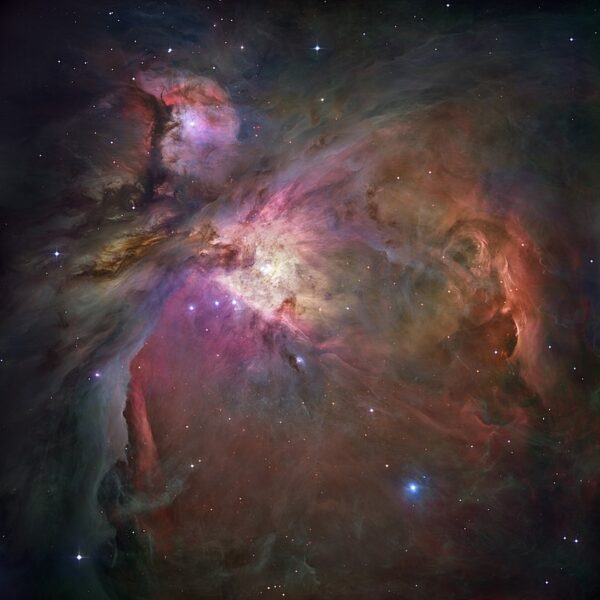 As a mathematician and roboticist, I have been lucky enough to work on many complex projects like developing algorithms for a NASA humanoid robot to balance, navigate and manipulate objects autonomously; in preparation for deployment on Mars. However, I am fascinated with the question of how the latest advances in my field can help tackle some of the biggest and most intriguing healthcare challenges of our generation.

Covid: Can science do better to prepare for the next pandemic and other natural disasters? | Professor Chris Johnson

Traditional science and engineering methods control as many variables in an experiment as possible to increase confidence in narrow hypotheses. This directly opposes the broader needs of society during adverse events – where we cannot control changing circumstance.

Like other maritime nations, the wellbeing and national character of the people of Scotland have been greatly influenced by its coasts and waters ever since the first humans settled here. Yet, the marine environment remained very enigmatic with very limited knowledge until the late 19th century when marine science arose as a scientific discipline.

What is the biggest mental health issue of the day? It’s not COVID – which most people with and without mental illness are coping with admirably. It is, as ever, the stigmatisation of mental illness and the underfunding of mental health services. The two are clearly related, and despite some improvements in recent years, there remains a long way to go.

How does a scientist work from home? | Professor Tom Mullin

The lockdown in 2020 meant I no longer had access to the observatory. Instead, I created experiments at home, aiming to determine how physics and an understanding of the motion of soft materials can help reduce waste in production processes.