They join an existing Fellowship of over 1600 individuals who give their time and expertise for free to support the RSE in delivering its mission of ‘knowledge made useful’.

RSE delivers on that mission through:

Figures joining the RSE this year include Christine Bell FBA, Professor of Constitutional Law and Assistant Principal at the University of Edinburgh; Jenny Brown, literary agent; Mark Cousins, filmmaker, writer, historian and curator; Hermione Cockburn, Scientific Director at Dynamic Earth; Alastair Ager, Director of the Institute of Global Health and Development at Queen Margaret University; Philip Long, Director of V&A Dundee, Jane Duckett FBA, Director of the Scottish Centre for China Research at University of Glasgow who is the key person in Scotland working on Chinese politics and, in 2014, was elected President of the British Association for Chinese Studies, and John McAslan CBE, Executive Chairman at John McAslan and Partners and named “World Architect of the Year” in 2009.

Two Honorary Fellows have also been appointed in this new intake: Johannes Clevers, Professor of Molecular Genetics at the Hubrecht Institute; the first person to identify stem cells in the intestine and one of the world’s leading researchers on normal stem cells and their potential for regenerative therapy; and Donald Runnicles, Generalmusikdirector at the Deutsche Oper in Berlin. He holds one of the top posts in opera in the world and has conducted the best orchestras and opera companies internationally. Edinburgh born, Runnicles still maintains strong links with Edinburgh and Scotland, including as Conductor Emeritus of the BBC Scottish Symphony Orchestra.

Four Corresponding Fellows have also been appointed. These are those who have attained high international standing in any subject within the Society’s disciplinary domains and are not normally resident in the UK. 2019’s intake includes Swapan Chattopadhyay, Distinguished Scientist at Fermilab, Peter Currie, Director of the Australian Regenerative Medicine Institute at Monash University, Mario Herrero, the Chief Research Scientist of Agriculture and Food at the Commonwealth Scientific and Industrial Research Organisation, and Lesley Smith, Solicitor and Partner at Weber Steinhaus & Smith.

The RSE is also pleased to welcome seven current and former members Young Academy of Scotland (YAS) which is made up of over 120 young professionals and academics. Members do not automatically become Fellows, but this year, YAS members who do join the Fellows of the RSE include Silvia Paracchini, Royal Society University Research Fellow, University of St Andrews who has made ground-breaking contributions to her field of human genetics by identifying several key genes as well as contributing to the understanding of their role during brain development; and Stuart Reid, Professor of Biomedical Engineering, University of Strathclyde, who is an experimental physicist who is successful in both biomedical and astronomical research areas. He co-invented the ‘nanokicking’ technique that uses vibrations to manipulate and control stem cell behaviour, recently widely-reported for its use in treating osteoporosis.

Commenting on the new fellows, President of the RSE, Professor Dame Anne Glover, said, “The calibre of our Fellows never ceases to amaze me and this year is no different. For such a small country we surpass ourselves with the talent and expertise that exists across our academic, cultural and business landscape. All of our Fellows are assets, not just to the RSE but to Scotland and the rest of the world, and I look forward to welcoming and working with them”.

Read the Programme from the day with details of all the new Fellows. 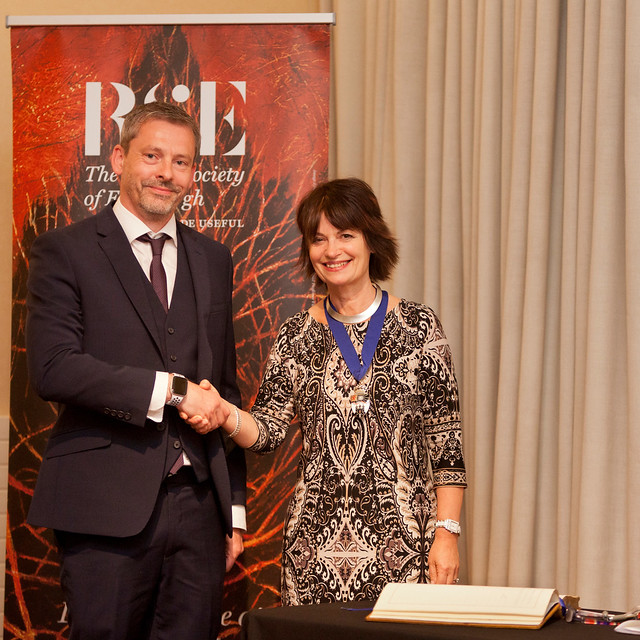 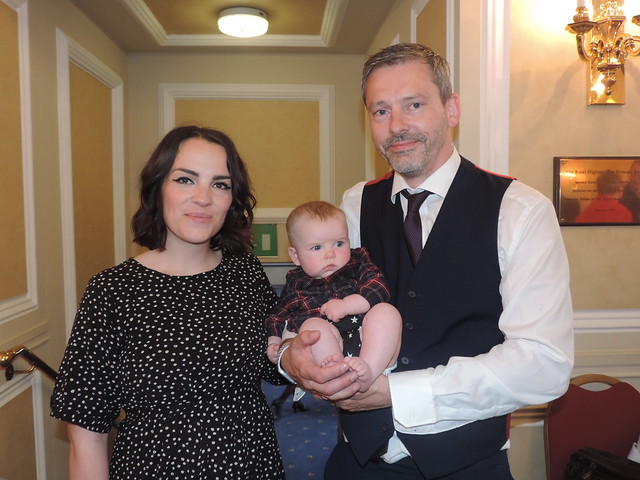 Leading figures from Academia, Public Service, Business and the Arts have joined Scotland’s National Academy The Royal Society of Edinburgh…

The Royal Society of Edinburgh is pleased to release our New Fellows Booklet for 2020.

The RSE offers its congratulations to the following Fellows who were recognised in the Queen’s 2020 Birthday Honours: Knighthood Dr…